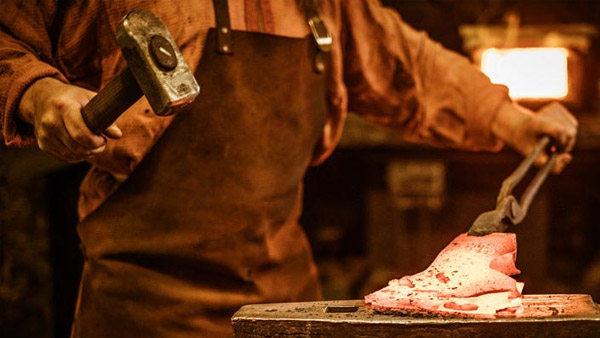 Have a look at what our craftsman delivered to us. 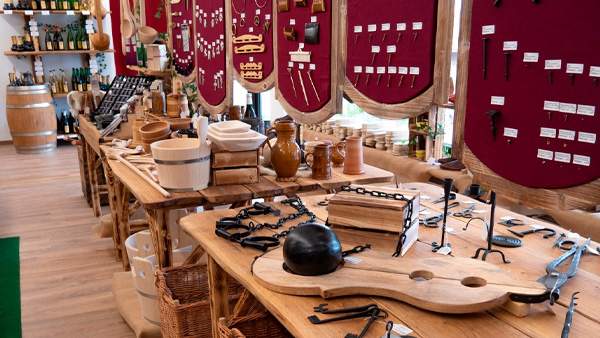 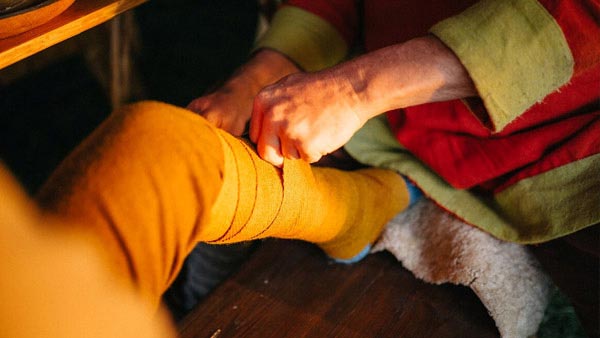 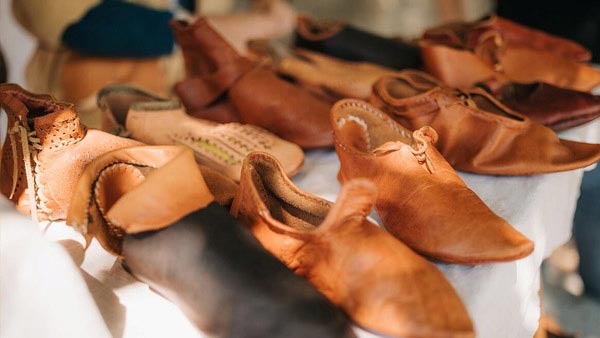 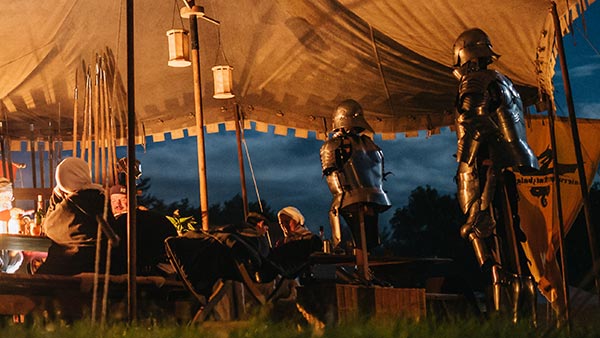 The Middle Ages are a fascinating epoch. These centuries are still full of mystery today. More and more people immerse themselves in these centuries and try to fathom them. Some people are fascinated by show fights and the weapons, swords, shields, helmets, chain mail and armour. Others enjoy the costumes and outfits for the medieval market or the Larp event. The hobby reenactment is becoming more and more popular. The technical term comes from the English and means "reenactment" or also "re-enactment". We are a Reenactment Shop, in which followers of this hobby find everything they need for their recreated life as in the Middle Ages.

Reenactment is considered an extremely demanding hobby, as it is not enough to buy robes in this style and to exchange glass bottles for clay jugs. The demands are very high - depending on the form of the performance - because the entire production of that time should be as authentic as possible. If you want to be active, you have to try to really empathize with the life of that time and to understand the thoughts of the people of that time. Correct reenactment is especially important when the actors revive concrete historical events. Our selection offers many useful products for this. Our medieval shop also offers the right equipment for all those who want to take a short trip back in time to the Middle Ages, escape from everyday life and dress elegantly and enjoy the atmosphere of a knightly campfire romanticism.

How did people live back then? What did the men and women of different classes wear? What headgear was there? How did people cook, and how did the cobblers work? We know the answers and offer the right choice in our medieval shop. From medieval dresses to Viking swords. This is how the Middle Ages come alive!

When did the Middle Ages begin and end?

Experts can argue for a long time about the question of the beginning of the Middle Ages, because it began when the ancient world ended. But when did it end? Possibly in the year 476, when the last Western Roman emperor was deposed. Others refer to the year 555, when the last Eastern Roman emperor also died. Fortunately, there is general agreement about the end of the Middle Ages. With Columbus's voyage to the West and the discovery of America in 1492, the modern era began - looking back. The people who lived at that time did not yet know this. None of them now dressed anew or changed their calendars. But after Columbus new food came to Europe. Tomatoes, potatoes, corn. European cuisine and nutrition changed fundamentally in the decades and centuries after Columbus, and with it the whole of life.

Your medieval shop from Germanic and Viking to Renaissance

The Middle Ages lasted - roughly calculated - six to seven centuries. Of course there were fundamental differences between everyday life in the 7th century and life in the 15th century. The Middle Ages are therefore divided into the Early Middle Ages (6th-11th century), the High Middle Ages (11th century to 1250) and the Late Middle Ages (1250 to 1500). Each epoch had its typical clothes and historical events. If you want to immerse yourself in the Middle Ages and get dressed, you can find out about the traditions and craftsmanship of the different epochs in our Medieval Shop. We serve followers of the Vikings as well as pious Christians of the late Middle Ages.

The subject of the Middle Ages connects us in this versatile and exciting hobby. We wish you a lot of fun while browsing and shopping at Vehi Mercatus - your outfitter for reenactment and medieval gear.

Vehi Mercatus in the daily newspaper

Vehi Mercatus is in the daily newspaper on the occasion of the opening of the store in Boebrach.

Our medieval market is ready!

Want to get the medieval market feeling again? We might have something for you then...

We take care of our shipments throughout the entire shipping process and thus ensure a frustration-free parcel receipt.

opinions of our customers

Our reputation according to you!